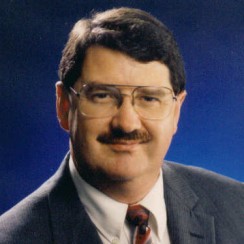 Members of the Professional Referral Organization of Portland are saddened by the recent passing of our founding member, business broker Allan Carmody. Allan was tenaciously dedicated to PRO. He was persistently instrumental in helping the group’s membership grow and flourish over the years. We will all miss his never-ending support, his humor, his quirkiness, and his devotion to our PRO Portland Group.

Allan established our networking group in 2003, which became the Professional Referral Organization of Portland (PRO Portland) in 2011.

Allan was a steadfast promoter of PRO Portland through his weekly email invitations. He invited hundreds of professionals and business owners over the years to attend the Friday morning breakfast meeting of PRO Portland.

Many PRO Members were recruited by Allan through his emails and telephone calls touting the virtues of our referral organization:  increased business opportunities that lead to lifelong friendships.

Alan was a mentor, coach, peer, and friend.  He had a great sense of humor.  He brought joy to people’s lives. He was invested in the success of each Pro member, making sure we all felt welcome, and offering advice on how to grow our businesses.

I fondly remember Alan always having a giveaway item for members that won the weekly trivia contests.  These ranged from old DVDs to Dollar Store Candy, to some random sandwich. J
Alan will be missed.

When I remember Allan, I think of dogged persistence, determination and tremendous dedication.  Short of death, literally nothing stopped him in his dedication to PRO and its members, as well as the ideals of entrepreneurship.  He just kept coming back after any setback, and never gave up.  His determination was both awe-inspiring and at times exasperating.  Like the quotation attributed to Winston Churchill, “Success is the ability to move from failure to failure with no loss of enthusiasm.”

Allan was also unfailingly kind, upbeat, supportive and appreciative of those around him.  Quirky, eccentric, good-natured and humorous.  The master of the bad joke that made us groan.  He also held the collective memory and history of our PRO community, and knew the By-Laws by heart.  He never hesitated to play the devil’s advocate in a Board meeting, but would always support the majority opinion.  A team player, but never a victim of group think.

I have known Allan from before the PRO group had formed. I joined a “TNI” group in Portland that he had started over twenty years ago. That group went away from the format that Allan had started and the group subsequently failed. Allan then approached me to join him in starting a new group in 2003, which subsequently became PRO and has matured to the very successful group that it is today.

So, during all those years I have met with Allan almost every week and have learned to admire his passion and energy for networking and his caring for everyone’s wellbeing in the group. I have learned to tolerate his quirky jokes and, most of all, admire him as a VERY good human being.  Rest in peace friend.

Although I didn’t get to know Allan well in my short time at PRO, I always looked forward to his positive and happy spirit.  He was never too busy to crack a joke or make people smile.  His enthusiastic and tireless support for his networking world was impressive.  I will miss him very much.

Allan was a tireless promoter of our networking group.  I met Allan in 2004 when the predecessor of our current group was in its infancy.   He was full of ideas, suggestions, and pointers about networking and marketing which he constantly shared with the group and each member.  Allan’s sense of humor, always playful and often quirky, was one of his most memorable traits.  With his good nature, he not only helped individual members market themselves, he was instrumental in helping our group promote and market itself to the entire Portland business community.  The practices he established for the group have been the main drivers of the continuous success of PRO Portland.  We will all remember Allan for the role he played in our networking group.

Allan will be missed by the PRO group and as a personal friend.

I spoke with Allan about 3 weeks ago and we talked about both of our recent losses with his Wife and my Daughter.  He wanted to share with me and was really excited about the Cemetery and Headstone that he had purchased.

Allan was quite the long distance runner in his prime and he told me that he would run from North Portland over the Saint Johns Bridge and up Skyline to the Cemetery where he and his Wife will now rest in peace.  Allan was very sentimental with planning their arrangements.

I’ve attached the picture that he sent me.  Allan was a very kind and sincere man.

I remember the cartoons that Allan would clip out and share them.

I’m a member for barely a year so do not have the history with Allan as most, but he was so kind to me when I joined, making sure I understood the rules and responsibilities and advising me on the importance of my public speaking.  He always had a fun, light and thoughtful picture, quote,  or comic to share each week.  I’m grateful that I had my visit with him not long ago which I enjoyed very much.  He remembered a very small part of our conversation that he made sure to bring up at the next meeting.  It truly made me feel heard.

One of my favorite memories of Allan was the token prizes he would bring in during PRO meetings for trivia contests.  You never knew just what you would get on any given Friday, which was half the fun. My favorite prize I won was unopened kitchen spices that were 2 years expired! It just cracked me up and gave me some good laughs.

To the Carmody family:  I am so sorry for your loss. Allan was such a dedicated man.

Webster’s Dictionary might want to consider changing the definition of networking:  It should probably just say “Allan Carmody.”

Allan accepted all people –  he had no prejudice and was always focusing and helping others. He loved trivia and was pretty good at it. Whether it was some amazing historical fact or something silly, it didn’t matter. He always was able to break the ice and make sure everyone started talking together. I am again, so sorry for your loss. 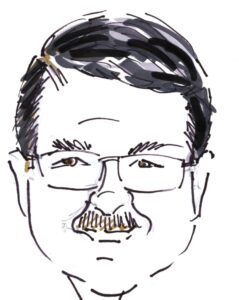 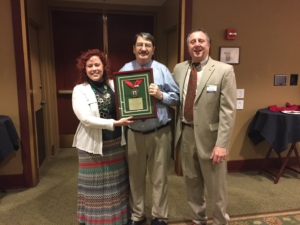 Below:  Allan competed in cross country and track in high school and college, and continued to compete and coach for many years after college. 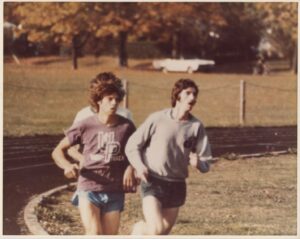 Runners are known for tenacity and endurance.

Allan was a runner.