Posted on January 29th, 2015 in Articles | Comments Off on A good reason for rising early Friday mornings

Three years ago next month, I joined the Professional Referral Organization of Portland (PRO). Trudy Snyder, and friend and the owner of a local Molly Maid franchise, called and invited me to visit a meeting at the Multnomah Athletic Club. I wasn’t sure at that time if the group would be a good use of my time if I decided to join. My experience was that “leads groups” weren’t fruitful for my business, but something about the independent nature of the group and current member roster beckoned me to attend that first Friday morning.

I found the energy in the room at 7:00am in the morning that first day amazing. Like most groups, members were enthusiastic to meet a visitor to the group. I was embraced by the group and impressed by many of the business owners I met. I even met a few people I knew through other circles. It was apparent many of the members were friends and had mutual respect for one another. The meeting was upbeat with humor. The actual meeting had structure, but wasn’t stuffy. I found myself wanting to be a member of the group. 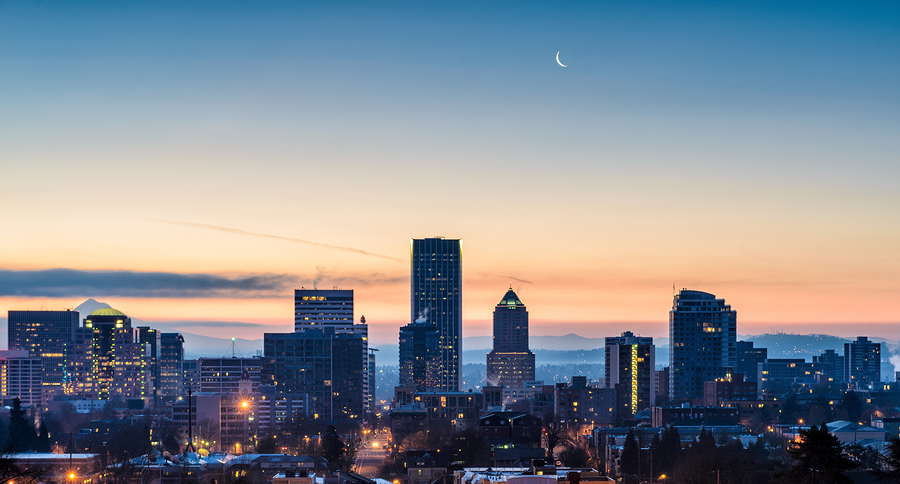 If you aren’t familiar with typical networking and leads groups like PRO, it is standard that each member represents a business category and that member closes that category once they join. Another interior designer was also invited that morning by another member and was equally interested in becoming a member. We both attended the following meeting, and after two visits were invited to submit an application for PRO. Then that third consecutive Friday, we were both invited to present to the group before they voted between us. Two professionals vying for the same category doesn’t happen often at PRO, but it was my experience!

I had 5 minutes if I remember correctly, followed by two minutes of questions from the group. I spoke briefly about my passion in interior design, passed around the room some of my awards from the Street of Dreams and the Remodeling Excellence Awards, showed some magazine and newspaper articles showcasing my projects – and spent the rest of my short time talking about a philosophy my entrepreneurial Father taught me growing up. He would quote Zig Ziglar, “You can have everything in life that you want (Angela) if you just give enough other people what they want.” I explained to the group that I had built my business upon referrals. (It was the only way – can you imagine being solicited by an interior designer?) Understanding that philosophy since I was a young girl, I knew that giving to others was the easiest way to ensure I was top of mind when they met someone who was building, remodeling or furnishings their home.

Our presentations to the group were privately held, with the other interior designer tucked outside of the room when the other spoke to the group. I still have no idea what they other designer talked about in her presentation, or why my presentation was more compelling for the group’s majority votes. I spoke second, and I was brought back in to the room a few minutes later and welcomed to PRO.

I called the other designer that week. I told her I respected her work immensely, and I was torn that both she and I wanted the “seat” in the group. I shared with her that as the day for our presentations approached, I felt she was an equally good fit to the group and I accepted that only one of us would be voted in. And though I was excited to be part of the group, I was sorry a choice had to be made. I could have easily lost the vote to her. She was gracious and thanked me for making a call to her. It grew our connection as peers.

The last three years have been both fun and rewarding. I have found my participation in the group hasn’t just been about referrals. I have met some extraordinary business people that have mentored and grown me in ways I would have never imagined. I enjoy seeing the group each week, and now I know how these friendships are fostered. Today the group feels like my extended family.

What an excellent reason to get up bright and early on Friday mornings!